After four months of enduring the hot Pennsylvania summer cooped up in a room without ventilation, delegates from 12 of the 13 American states agreed to a new Constitution for the new country. On September 17, 1787, at Independence Hall in Philadelphia, 39 delegates penned their names to the bottom of the nation’s founding document. A new government was agreed upon and now it was up to the states to ratify the document. After New Hampshire became the 9th state to ratify in 1788, it was agreed that the new government would begin on March 4th, 1789. 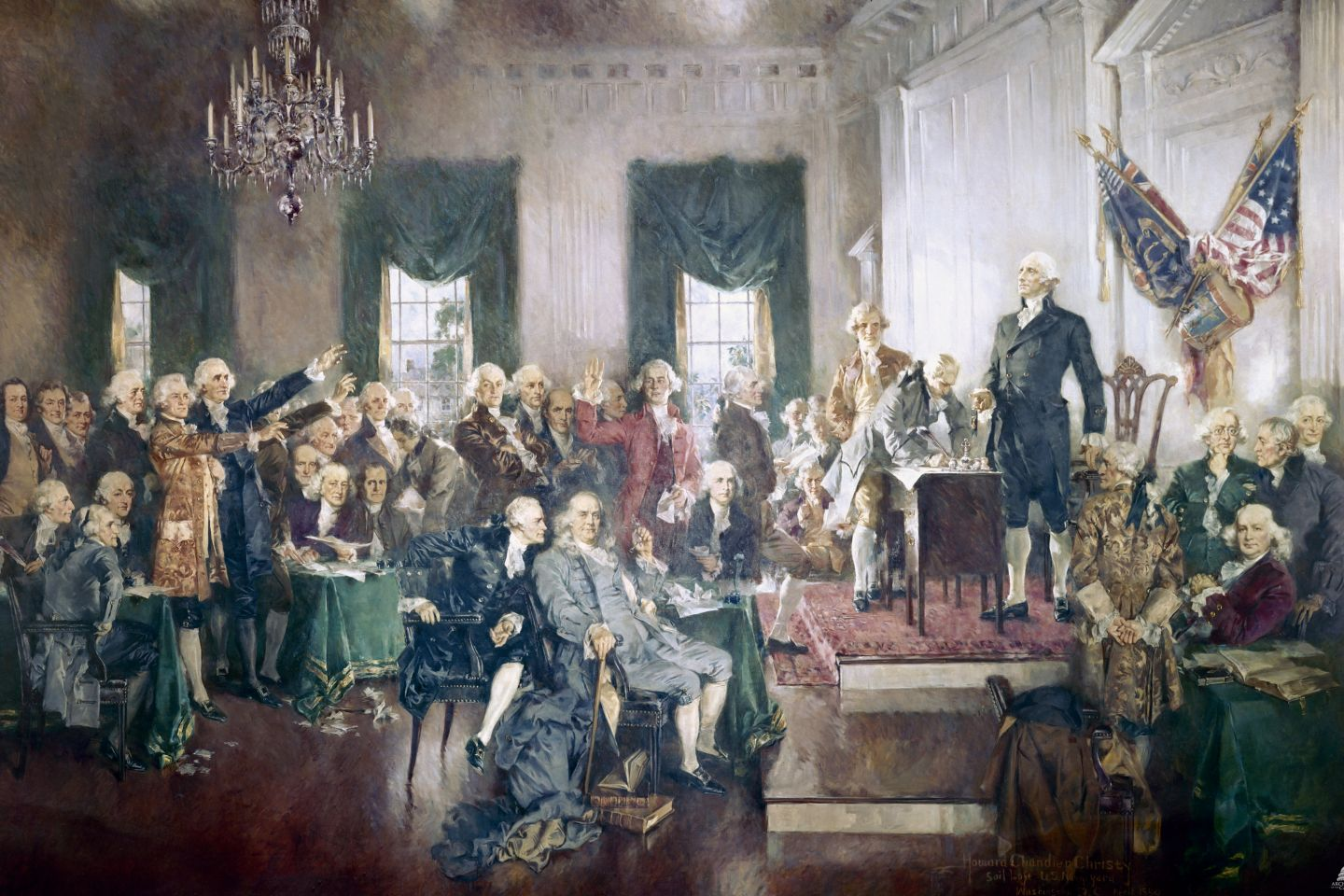 While different groups celebrated September 17 throughout the 20th century, the federal government did not make Constitution Day official until 2004. On this day each year, federally funded educational institutions are required to provide educational programming on the U.S. Constitution.

[Of course, there are many ways that the Constitution is a product of its own historical context, but we will have to dive into that another time ;)]

As with any experiment, things have not worked out perfectly. The founders unfortunately permitted slavery to live in the new republic, where it expanded at the detriment of millions of lives in the 19th century. Furthermore, women were not written into the Constitution until the 19th Amendment in 1920, over a century after it was signed. Still, the founders even recognized that there would be the need for change to the founding document in order to best live out the founding creeds; therefore, they instituted an amendment process, where the Constitution could be appropriately adapted to fit the nation’s needs.

Today marks the 233rd anniversary of the signing that took place in Philadelphia on that September day. As the nation continues to confront its past, it is critical to also engage with its founding document. Over two centuries, this document has guided the United States. Interpretations have changed, laws have been added or subtracted, and amendments have been made. Each of these aspects of the American Experiment seek to live out the creed provided in the Constitution’s preamble, “in order to form a more perfect union.”